Who is Tank Girl?

Tank Girl, whose birth name is Fonzie Rebecca Buckler (later known as Rebecca Buck) lives in a post-apocalyptic Australia, uses a tank as her home & daily driver. A bounty hunter by trade, a series of unfortunate events leads her to become an outlaw herself.

Tank Girl is known for her punk rock style, and breaking of gender stereotypes. She is violent, sexual, crude & uses drugs and alcohol.

The original Tank Girl comic series was published in Deadline magazine from 1988 to 1995. By the time the magazine released its last issue, the Tank Girl character was so popular that comics were already published in several countries & she had a feature film.

Additional characters include the Rippers, which are mutated kangaroos (essentially half man, half kangaroo). One of these Rippers is Booga, who is Tank Girl's boyfriend.

You can still buy the soundtrack in audio CD, MP3 and even a special vinyl edition! 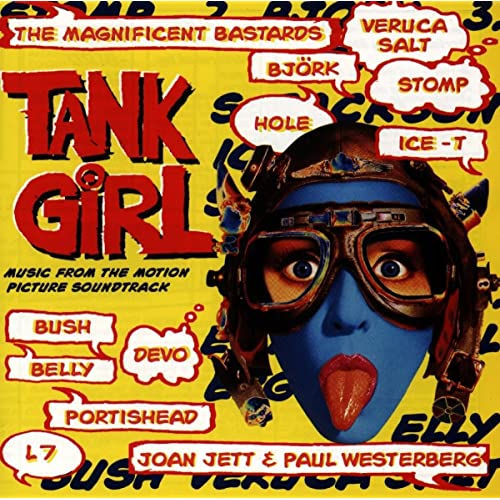 What Kind of Tank was Used in Tank Girl?

"The tank used in the film is a modified M5A1 Stuart. It was purchased from the government of Peru about 12 years prior to filming and had already been used in several films. Among numerous modifications made for Tank Girl, the tank's 37 mm antitank gun was covered with a modified flag pole to give the appearance of a 105 mm gun. An entire 1969 Cadillac Eldorado was added onto the tank, with the rear section welded at the back and the fender welded to the front." - Wikipedia via "The Making of Tank Girl" by Frank Wynne (1995)

News of a Tank Girl movie remake starring Margot Robbie (Harley Quinn in Suicide Squad) have been going around for a couple of years. Robbie seems like a natural choice given her acting range & being a native of Australia.

Unfortunately, the last time we heard anything was September 2019. Robbie's production company, LuckyChap, had apparently optioned the rights to the franchise from MGM, and had brought on Miles Joris-Peyrafitte to direct. The film was apparently months into pre-production, but it's probably safe to say that the coronavirus put the kibosh on all of that.

In 2015, Jamie Hewlett & Alan Martin published "21st Century Tank Girl." It was the result of a successful Kickstarter campaign that raised more than 3 times its goal of £57,000.

The book is Hewlett & Martin's first return to the Tank Girl franchise is over 20 years. It contains 114 pages & is available in hardcover & digital versions. 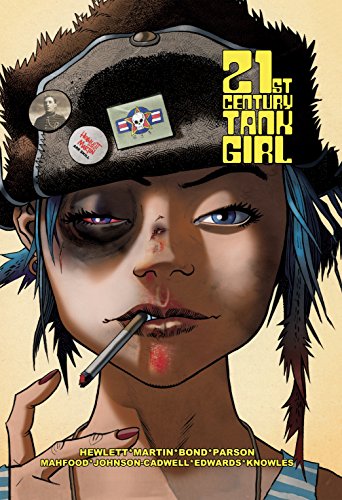 How to Make a Battle Jacket