If you haven't heard of SceneSick, it's a clothing company based out of Ohio, run by childhood-sweetheart supercouple Chaunce and Ammie Dawes. Chaunce does the designing, and Ammie helps run operations.

Chaunce has been designing his own clothing for years, and he's stayed mostly within a certain theme: industrial/punk/horror style coats, jackets, pants & accessories, usually made of black cotton duck canvas scraps or leather, slathered in paint or latex, and punched through with huge spikes, grommets and other hardware. 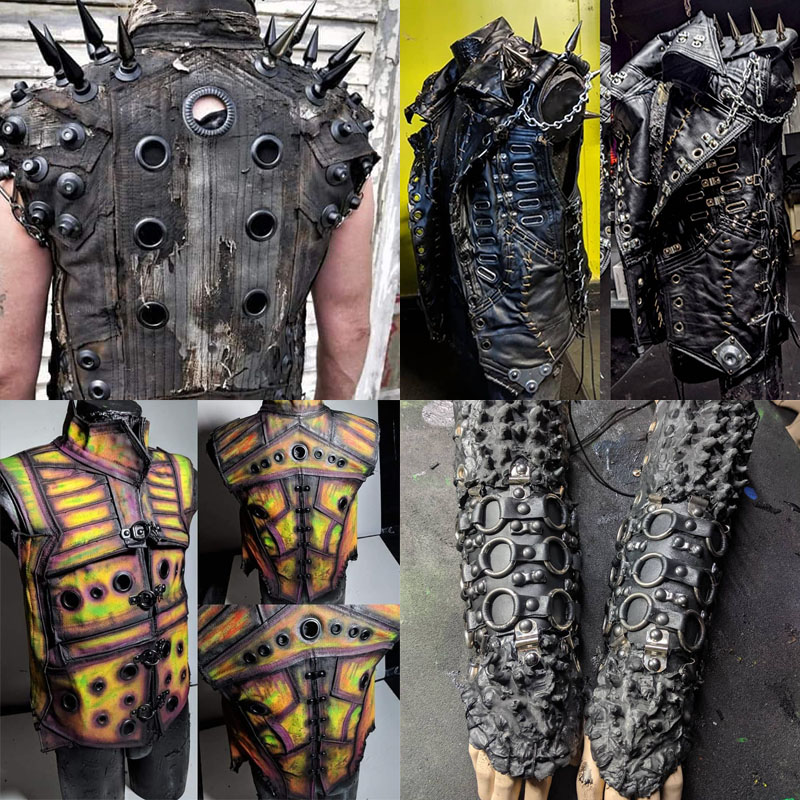 Chaunce's designs were a huge influence on my very first made-from-scratch garments (back when I started on Etsy). As bad-ass as his designs are, I think where we separate is that some of his stuff (especially the earlier stuff) has a crude, cobbled-from-Home-Depot look. His stuff looks stiff and uncomfortable to wear and it'll poke holes in your car seats & impale your club friends. LOL. I have gone with a more refined, finished professional look that's a bit more versatile and practical. Anyway, enough about me.

They're Kind of a Big Deal

Many of Chaunce's designs are eye-catching and over-the-top, and SceneSick's website lists quite a number of bands and films they've been featured on, including Mad Max: Fury Road, Total Recall (2012), Behemoth, Zardonic, Cradle of Filth, KMFDM, Mortiis, Front Line Assembly, Three days Grace (Transit to Venus tour), and Suicide Commando. Looking at their social media, even more names pop up: The Shadow Wars, 3Teeth, Dead Animal Assembly Plant, and more. They know how to get their name out there and network!

Unfortunately, in 2021 and 2022, there have been reports of SceneSick not delivering orders, and I'm sorry to say that this wouldn't be a first for Chaunce.

In 2013, Chaunce's previous brand, Sludge Faktory (established 2004), became overwhelmed with scam complaints after thousands of dollars worth of orders were taken, but never fulfilled. It even got so bad that the state attorney's office of Ohio sued Chaunce & secured a court order, restricting him from running another business in Ohio (so apparently only Ammie's name is on SceneSick's paperwork). Our sources say that the root cause of the implosion was an issue with drug addiction.

Chaunce eventually cleaned up, reunited with old flame Ammie, and created SceneSick in 2015. They made efforts to reconcile with their previous customers. A lot of people gave him another chance.

Are They Scamming People Right Now?

I'm not positive, but here is some evidence that not all is right in SceneSick town. (Current as of June 2022) 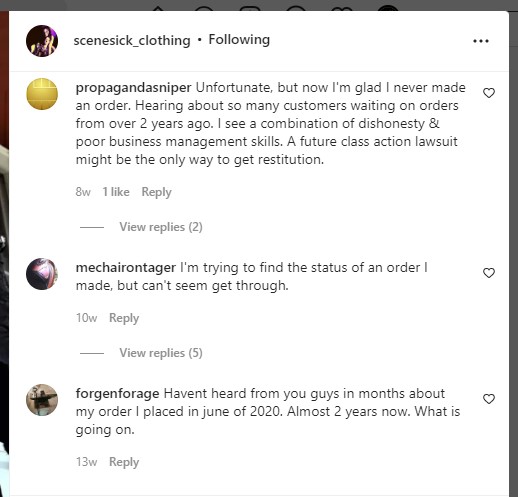 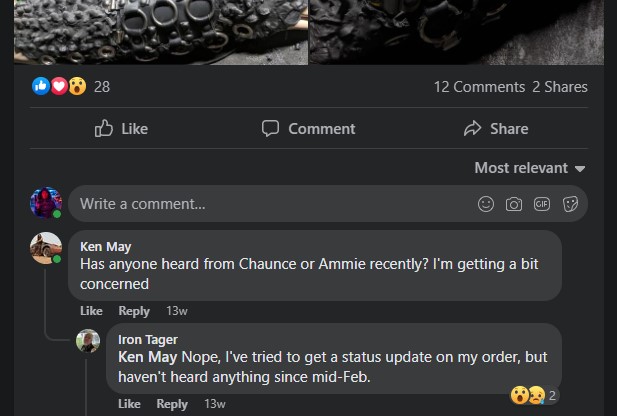 If you have a complaint, evidence or any other input, please join and post in my SceneSick Scam Facebook group.

How to Make a Battle Jacket