1. Can you give me a brief history of your business? How did your company come to be? What were some challenges along the way?

I’ve been tinkering with costumes since I was a teenager, but most of my work had been for myself, except for the occasional commission. It wasn’t until 2012 that I sold my first item on Etsy, a horse tail mohawk headdress, which I had developed for an event I was running at the time, called Wasteland Weekend.

I experimented with other Etsy listings, but it was very hit-or-miss. In 2014, I started offering vests and pants that I would sew myself from scratch, with some success. However, after a few months of that, I decided I had to raise my prices significantly because I didn’t feel like what I was earning was worth all the hours I was putting into each item, and making the same item over and over was boring for me. I continued taking a few commissions occasionally and selling scratch-made face masks, which were quicker to produce. But overall, I was a bit discouraged and uncertain about the future.

Then in 2015, everything changed. I handed over the reigns of Wasteland Weekend, which gave me a lot more time. I took a chance and rented a workshop, and I started selling my backpacks, which quickly became a runaway hit for the next couple of years. I added an online shop to my personal website. In addition, Mad Max: Fury Road was released, and I was able to support myself by making replica items due to the tremendous buzz the film created. It was exactly the momentum I needed to turn my passion into a full-time job.

2. I notice a kind of steam-punk genre to your items, was this always an area that interested you?

I really enjoy the out-of-the-box creativity of the post-apocalyptic genre, as well as the gritty, aged and weathered appearance.

3. How do you arrive at the names for your products? Do you theme them after popular movies (i.e. Mad Max for instance)?

Aside from naming my War Boy edition backpack after characters in Mad Max: Fury Road, I’ve actually been fairly casual and random with the naming of my products. I try not to distress myself too much about choosing names. My Atomic Slug backpack is actually a parodic spin-off of my friend Dmitri Zaitsev’s Nuclear Snail Studios. He creates some really amazing post-apocalyptic costumes in Germany and is well-known for his video tutorials. My hips bags’ names are a cheeky nod to a video game app that happened to be ridiculously popular at the time. My Fraktur jackets are named after a typeface style.

I can tell you for sure that my War Boy edition Atomic Slug backpack has been my most popular item in my shop. I think that’s attributable to the fact that War Boys were very popular characters in the film, and I think the backpack’s look and color-scheme really fits.

5. Any new and exciting upcoming projects?

Backpacks, bags and accessories have been really easy because of their one-size-fits-all nature.. But I’ve always wanted to get back to apparel. That’s my real passion. I’ve always been a costume designer, and if I’m going to do fashion, I want to make things that stand out. I was able to finally offer jackets this year, and I’d like to continue to offer new jacket styles, as well as pants, dresses, vests and other types of clothing. I’d like my clothing to not only fit within the post-apocalyptic genre, but also the alternative fashion (punk, metal, goth) scene, as well as be useful as stage wear for bands. 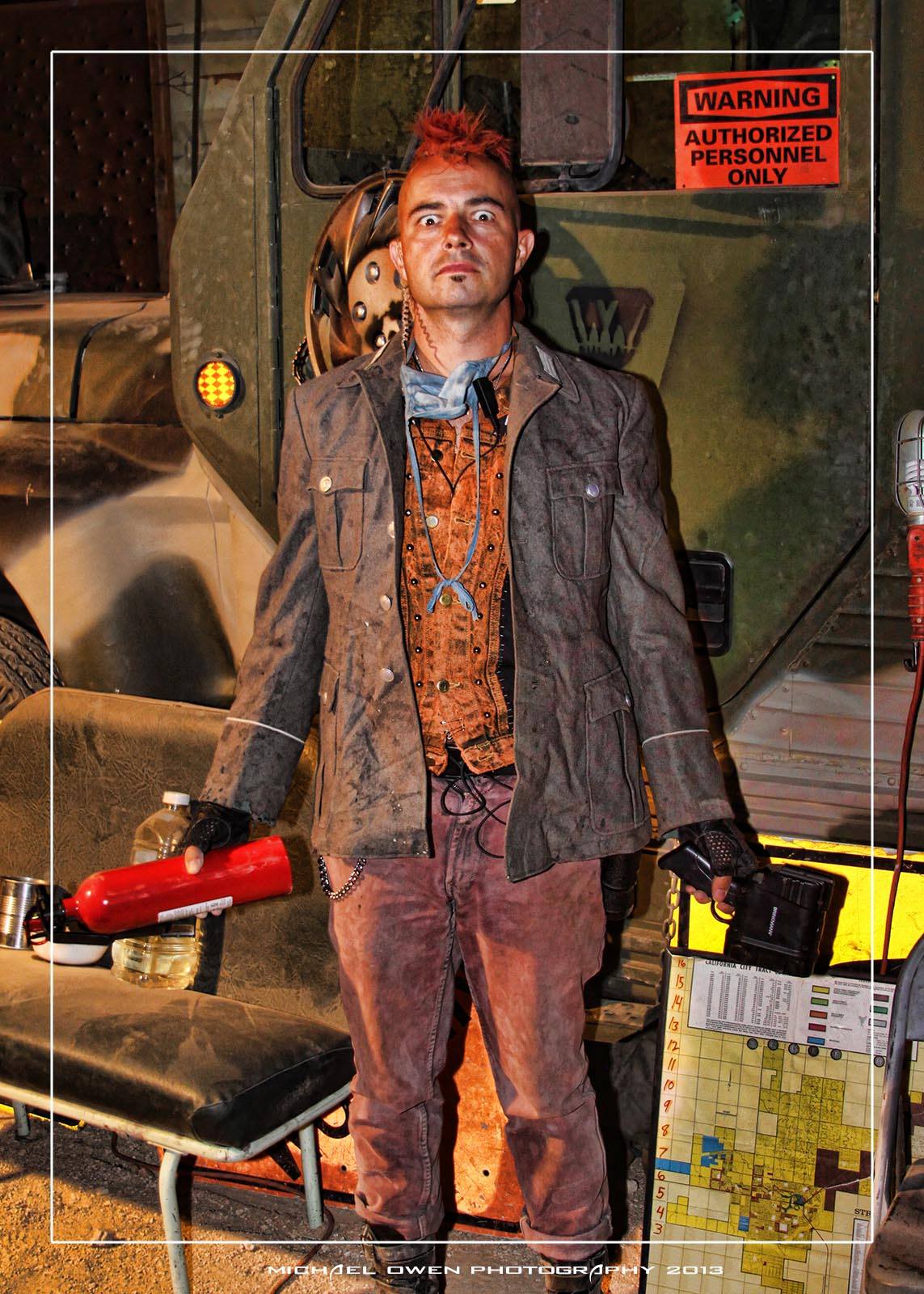