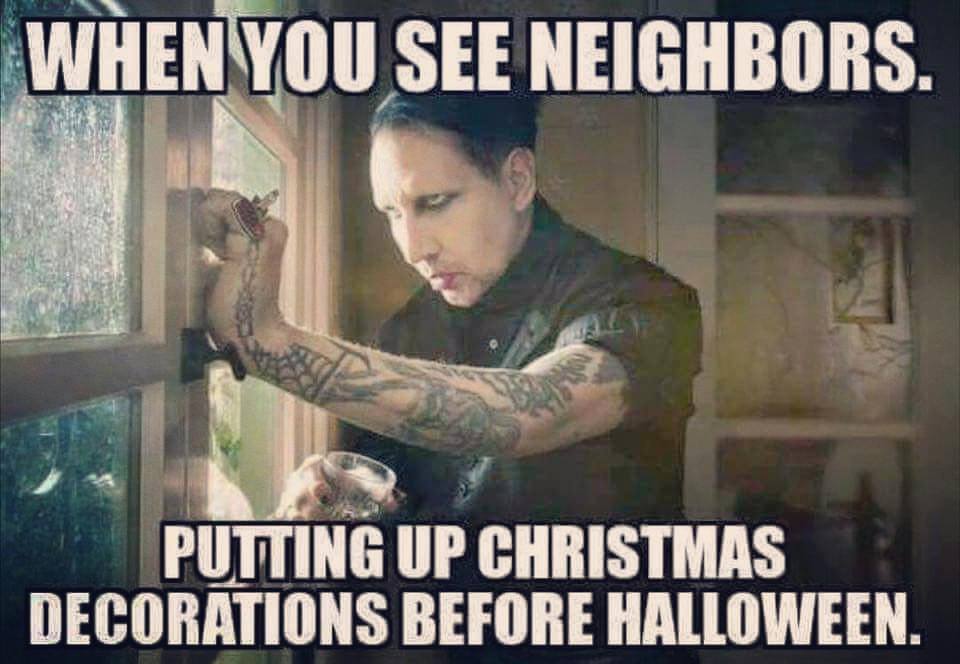 When you see your neighbors putting up Christmas decorations before Halloween. 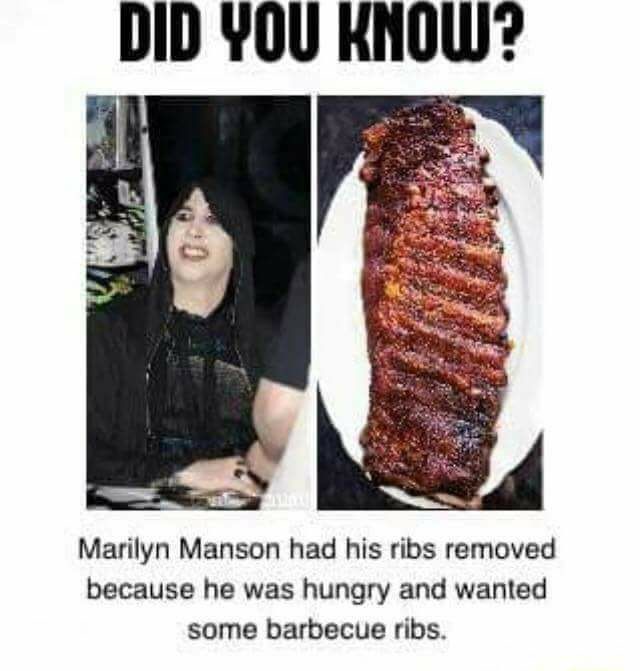 Did you know? Marilyn Manson had his ribs removed because he was hungry and wanted some barbecue ribs. 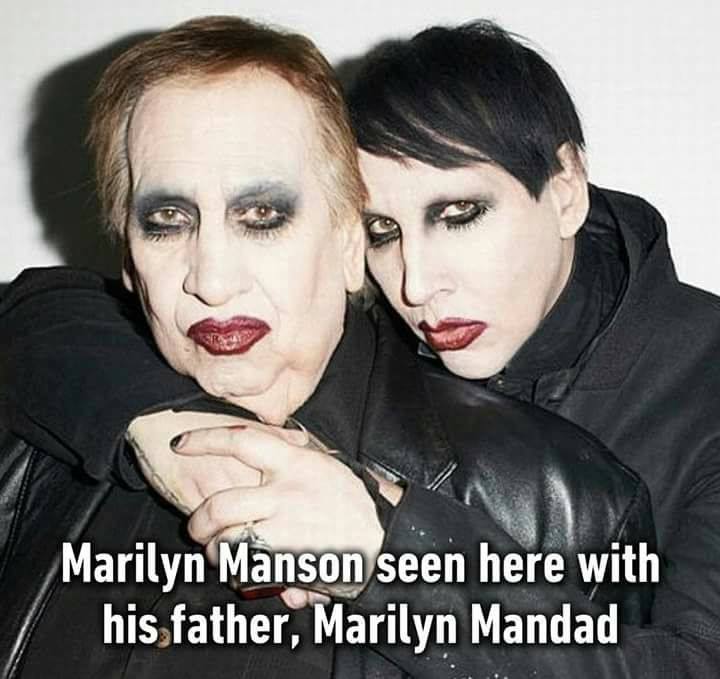 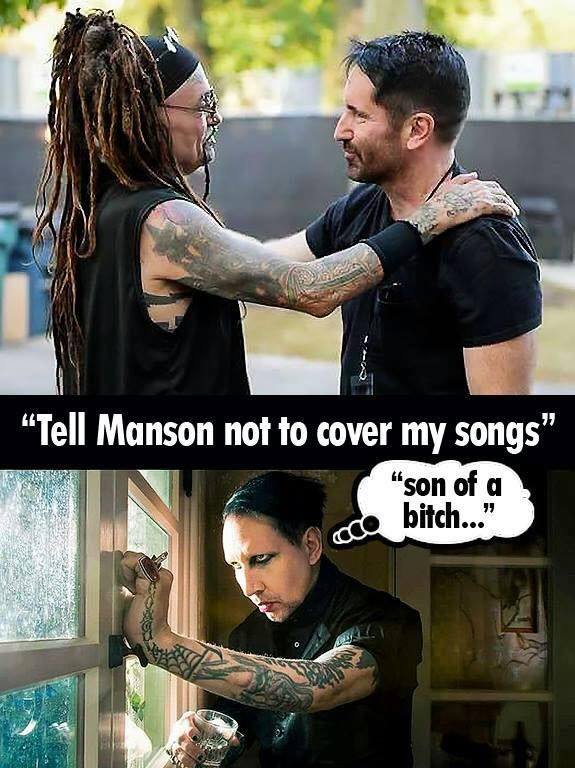 Tell Manson not to cover my songs. Son of a bitch... 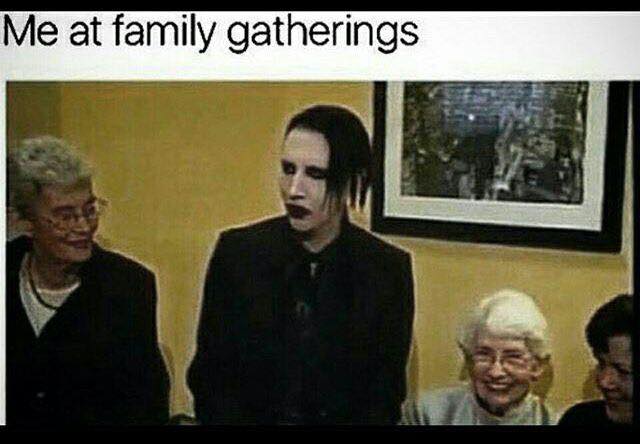 Me at family gatherings 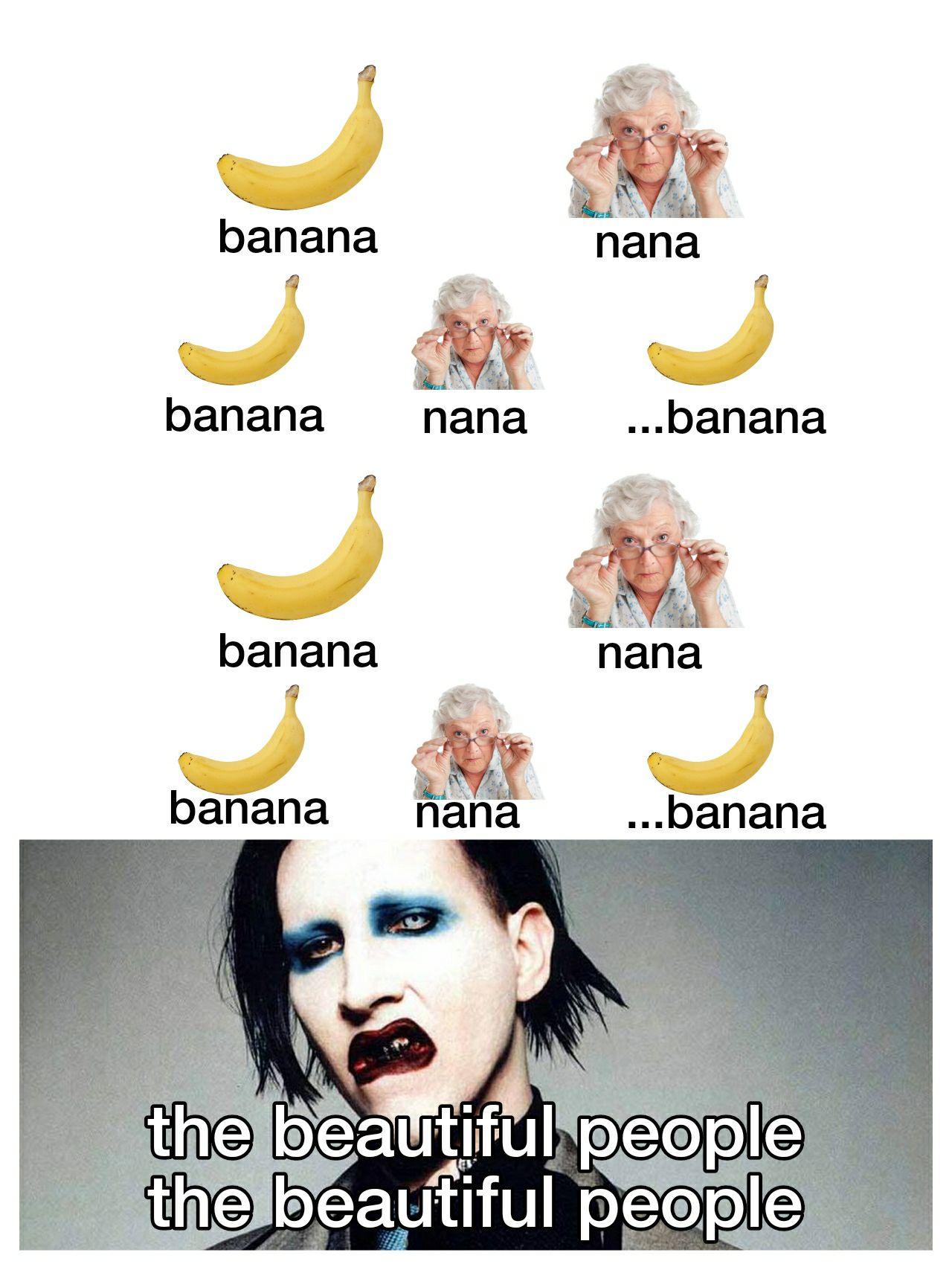 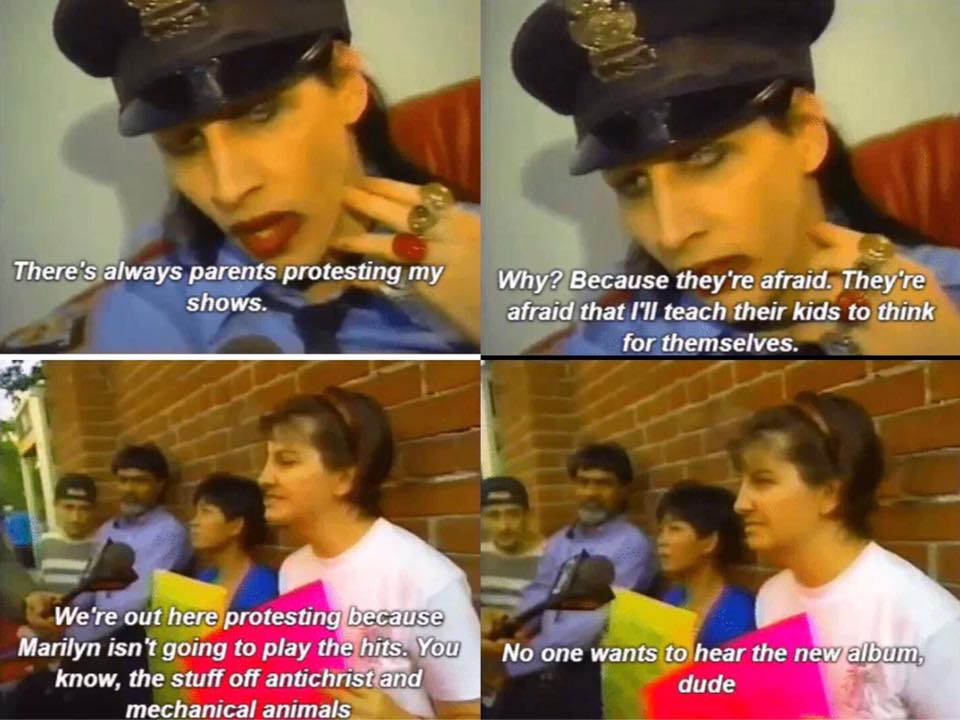 There's always parents protesting my shows. Why? Because they're afraid. They're afraid that I'll teach their kids to think for themselves.
We're out here protesting because Marilyn isn't going to play the hits. You know, the stuff off antichrist and mechanical animals. No one wants to hear the new album, dude. 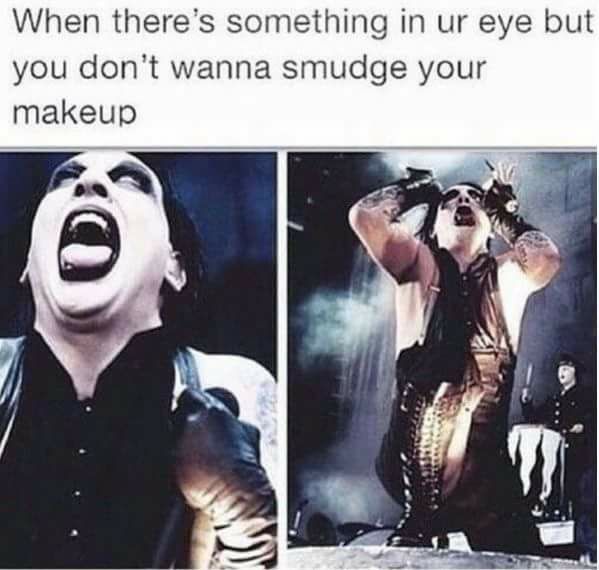 When there's something in your eye, but you don't want to smudge your makeup. 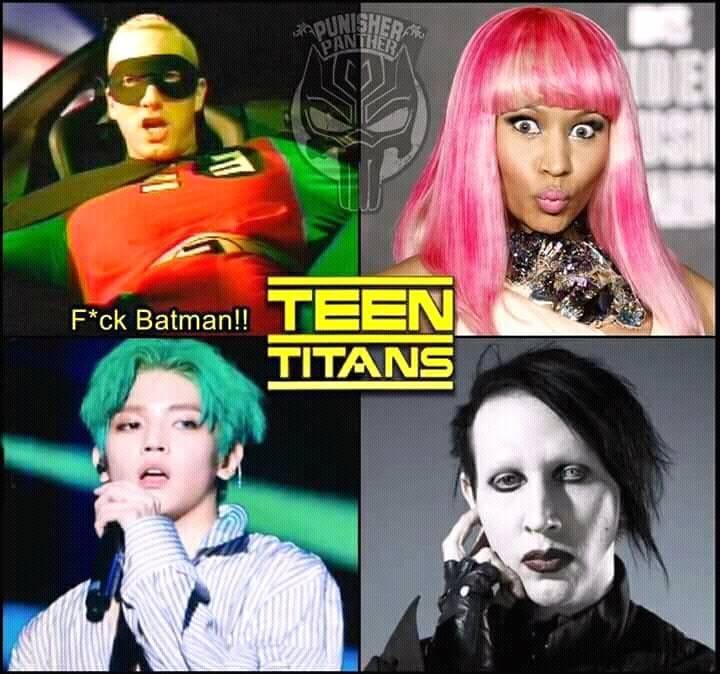 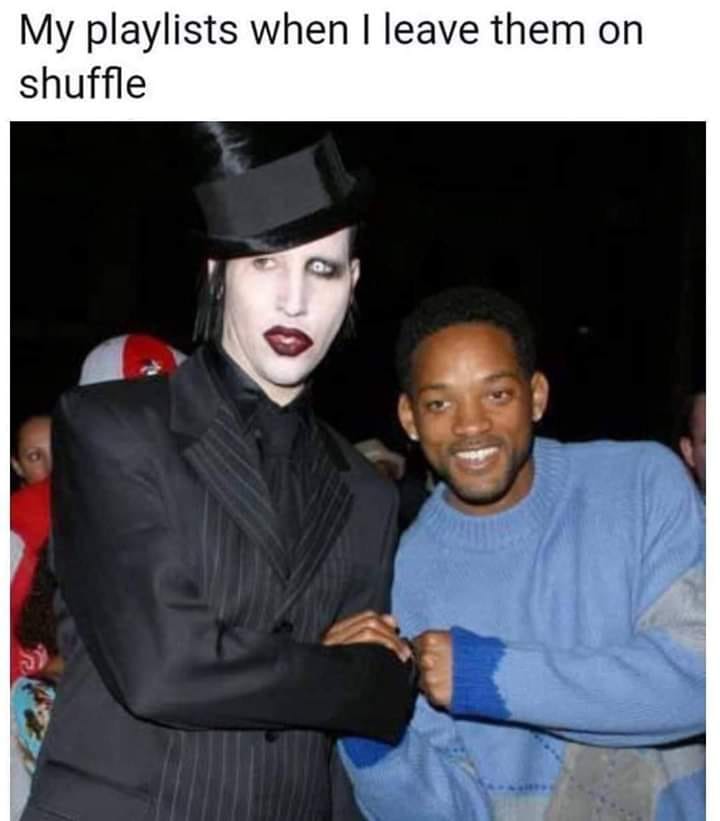 My playlists when I leave them on shuffle. (Marilyn Manson and Will Smith.) 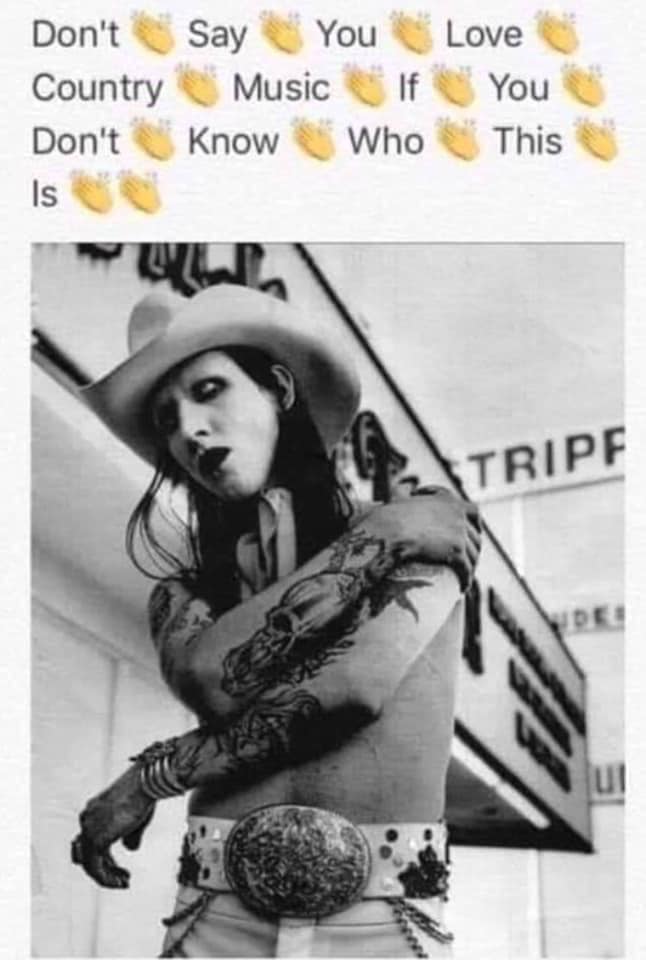 Don't say you love country music if you don't know who this is.