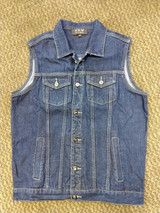 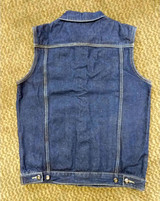 What is a Battle Jacket?

History of the Denim Jacket

The first known denim jacket was developed by Levi Strauss in San Francisco around 1880. This was about a decade after Strauss had invented jeans as a new type of work apparel intended for use by cowboys, miners, and railroad workers. The "Type III" denim jacket, introduced by Levi Strauss & Co. in 1962, has been described as the denim jacket "to rule them all." Also known as "the trucker jacket", design elements of the Type III include a tapered style, welt hand pockets, and bar tacks which hold down chest pocket and sleeve openings. The jacket inspired many competitors to release their own similar denim jacket designs.